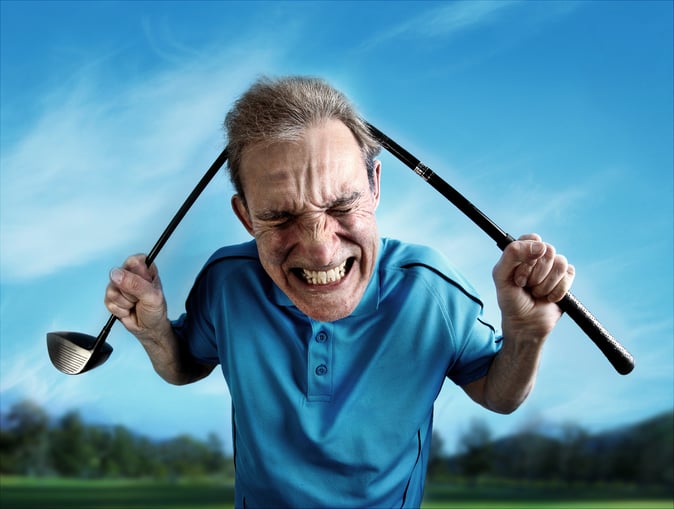 END_OF_DOCUMENT_TOKEN_TO_BE_REPLACED

Do you love playing golf so much that you are looking for new ways to play the game this summer? Let's go beyond your typical golf game with your same group on the same days of the week.

While playing regular golf can be fun with your family and friends, we want to help you take it to the next level with some goofy golf ideas that include some silly golf rules for the course. Here are several ways for you to play golf during the summer just for fun! Check them out and share with your friends:

In the just for fun Pink Ball Game, you will need foursomes. Each foursome will play with one "pink ball," having Player 1 using it on the first hole and Player 2 using it on the second hole, and so on. The winner of the Pink Ball foursome will have the lowest combined score combined. Should the pink ball get lost in the woods or water, that team will be disqualified.

In this game, players will have the opportunity to earn their points based on three different criteria for each hole. To begin, the first player that lands their ball on the green will earn a point (bingo). After all the balls are on the green, the player that is closest to the pin wins a point (bango). Be the first player to hole out and also get a point (bongo). The player with the most points at the end of the round WINS! To keep it fair, each player should rotate teeing off first on each hole.

Do you enjoy wagering money just for fun in your golf games? The game of Wolf involves three players and after each player tees off, the player that has the middle-distance drive is named the Wolf and the other two players become the hunter. Whomever is named the Wolf will wager $2 and each of the hunters will wager $1. The Wolf's score needs to be one-half or less than the hunters to win. So if the hunters' combined score for the hole is nine, the Wolf has to shoot a four or better to win the game.

Give one of these goofy golf game ideas a shot and have some fun this summer! You will get to cut loose and not take your golf game too serious. We don't know about you, but we're going to grab some buddies and hit the course this weekend and give one of these games a try!