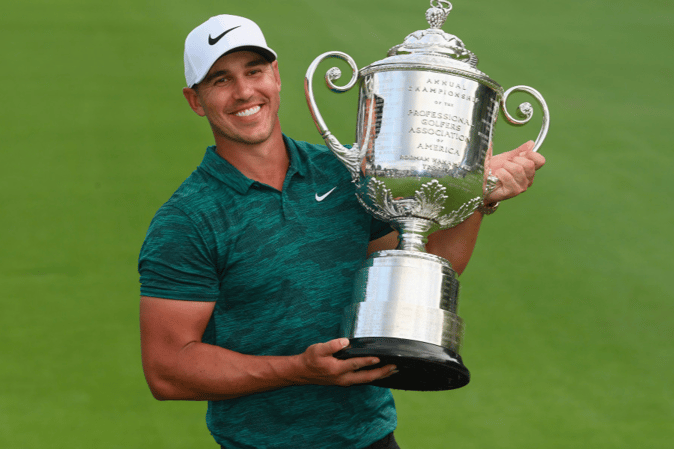 END_OF_DOCUMENT_TOKEN_TO_BE_REPLACED

In Honor of Veterans Day

In celebration of Veterans Day, we wanted to highlight our partnership with the Stephen Siller Tunnel to Towers Foundation. We caught up with Frank Siller, Stephen Siller’s brother, for a personal interview about the foundation and the work they are continuing to do.

AHNO: Can you describe for us what it was that got the foundation off of the ground in the beginning?

Frank: The answer to that, of course, is my brother, Stephen.

September 11th may have changed the world, but for myself and the rest of my brothers and sisters, Stephen was our world. We called him, “our little miracle.” Soon after Stephen was born, our mother and father passed away, so Stephen was equal parts brother and son to us. We raised him and were able to see him grow into his calling from the very beginning. We knew Stephen was always meant for great things.

September 11th started out as any other day for us. Stephen was on his way to meet up with me and the rest of our brothers to play golf. It was his day off, but Stephen was always, at a moment’s notice, ready to jump into action. He got word over his scanner that a plane had hit the North Tower. He called his wife, Sally, and said he was turning his truck around to go help. He asked her to tell us all that he would try and meet up with us later.

When he saw that the Brooklyn Battery Tunnel had been closed for security reasons, he strapped 60 lbs. of gear to his back and ran through the tunnel to the Twin Towers, where he gave up his life while saving others.

Right away we knew we had to do something to honor his sacrifice. We started the Foundation with very modest expectations – we just wanted to do good in Stephen’s name. He was our hero and our inspiration.

AHNO: Did you ever imagine that the foundation would be on the level that it is today?

Frank: We started as a very grassroots operation with very modest expectations. We just wanted to help – to do good in Stephen’s memory. The Run was the beginning of all that we are today.

The Tunnel to Towers Foundation began and ends with the New York City Run that follows Stephen’s footsteps, from Brooklyn to the site of the Twin Towers. Now, we’re helping Gold Star families, Fallen First Responder families and catastrophically injured veterans. We’re helping heroes. Stephen was our hero, and what we’ve found is that he is symbolic of all those that act as he did that day, day in and day out. Everyone runs for their own Stephen, whether that be a father, husband, brother or friend. Everyone has a Stephen.

What we’re doing now is not letting any of these heroes die in vain or be forgotten. We want our nation’s first responders and military to know, that if you go to protect our country or its communities, here or overseas, and you do not come home, we will take care of your family.

AHNO: Knowing they are all memorable, is there an event or a story that has stood out to you the most?

Frank: Each and every family and veteran we help is special and we make it a mission not to let them go. Once you’re in, you’re in – they become a part of our family forever.

Most recently, I think the story of Major Brent Taylor. He was called into service while serving as the Mayor of North Ogden, Utah. He was killed in the line of duty in November 2018, leaving behind his wife Jennie and their seven children. I know the immense grief that comes with losing a loved one, but the burden Jennie must have felt, thinking of their seven children and their future, it must have been nerve racking.

There were seven of us, too – seven brothers and sisters, including Stephen. It really hit me, knowing Jennie had seven children, looking to her for hope and comfort, too.

Major Taylor was a hero not only to his community and his country, but to his family.

We paid off the mortgage on the Taylor family home just a month later. Lifting that financial burden off or Jennie’s shoulders, allowing them to grieve for their husband and father.

AHNO: With Veterans Day nearing, what does it mean to you to honor those that have served our country?

Frank: Veterans Day is always special for us. For a few years now, we’ve unveiled and welcomed veterans into their new mortgage-free smart homes on Veterans Day. We specifically set out to assist veterans classified with “catastrophic” injuries, whether it be the loss of multiple limbs, brain injuries, what have you. These men and women have lost the very thing they’ve sacrificed so much to give us: independence.

Our Smart Home Program aims to help these heroes reclaim it. Your home is somewhere you should feel the safest. Things you and I take for granted, like moving freely throughout our hallways, reaching up into a cabinet to grab a glass or plate, taking a shower, these all become impossible tasks.

With our technology, we give these veterans back their lives. What better way to honor them than to unveil something like this on Veterans Day.

Frank: We have over 100 catastrophically injured veterans on our Smart Home Program waiting list; there are new fallen first responders who are killed in the line of duty, leaving behind families with young children every day; and countless Gold Star families trying to make due when a brave member of our military makes the ultimate sacrifice. For just $11 per month, the price of two cups of coffee, America can help us achieve all of this.

If every American signed up for just $11 per month, we would be able to take care of each and every family left behind when a first responder or service member is killed in the line of duty and every catastrophically injured veteran returning home.

Our mission began with honoring our brother Stephen and his selfless sacrifice on September 11, but that day is still felt throughout the country. Over 7,000 members of our military have died since 9/11. We, as a country, need to stand for what’s right and continue to do good for our heroes.

For more information about the Stephen Siller Foundation, visit: